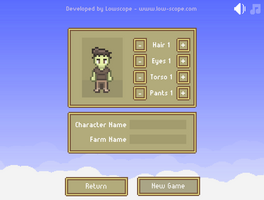 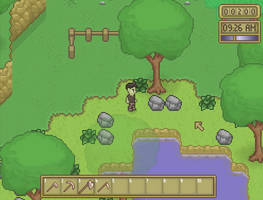 Since the release of the first version of the RPG Framework Kit, I've said that I would keep adding features and updates.
This has taken a bit longer than expected. But a lot of new changes and updates have been made.

One thing to note, when updating projects. Some folders have been renamed to increase clarity.
This is something that won't be happening anymore in the future. My apologies for this.

Placement of growing seeds, and watering with a water bucket with an energy bar. 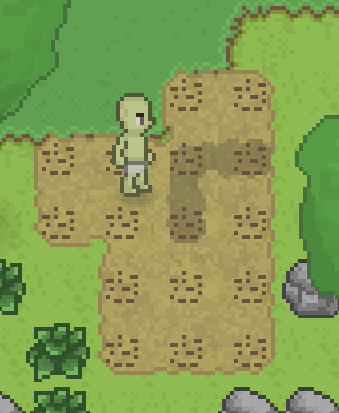 Day countdown listener
Will count down each day, with the ability what will happen at a specific count.
This is used for growing of the crops. 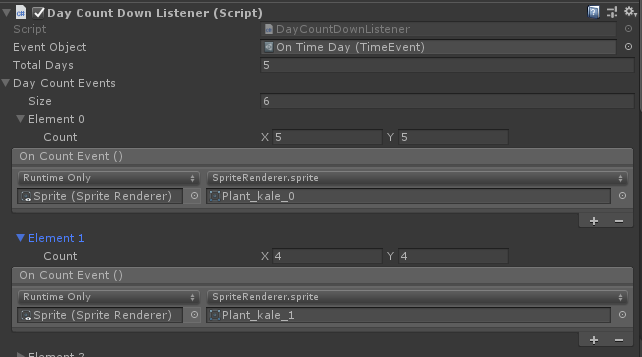 X Added comments to GridManager.cs and all systems
X Created component menus for: events, systems, entity components, user interface
X Added a error message within the ScriptableAssetDatabase in case there is any duplicate GUID that gets added
X Renamed ScriptableAssetPostProcessor to ReferenceableAssetPostProcessor
X Moved scripts within the Scripts/Misc folder to Scripts/Events/Listeners
X Optimized code in ReferenceAssetPostProcessor and ScriptableObjectInitializer.
X Added version indicator text within main menu
X Made it so that all saveables are instantiated as a child of the SaveablePrefabInstanceManager, to add clarity for developers.
X Removed duplicate gameobject (Instance Manager) in Level_Farm
X Moved the data for the RPG Farming Framework tools to the Scriptable Objects folder
X Scriptable Object Initializer has now been turned into a seperate plugin, and is called Scriptable Object Updater.
X Item slots now display a functional energy bar
X Added a water can that enables you to water dirt, and that refills when use use it on water tiles
X Added a toggle box on the Health component called "Start Invulnerable"
X Renamed item actions in creation box

Bug Fixes:
X Fixed issue within inventory that made it possible to place items upon items.
X Fixed issue in SaveablePrefabInstanceManager that made it possible for saveable prefabs to get removed when stopping the game.
Examples of the saveable prefabs are : Trees, Bushes etc.
X Duplicate GUID files now automatically get assigned a new GUID and saved within the editor.
X Removed collider in scene Grid Manager -> Dirt Hole. Because the current system does not utilize colliders.
X Made it possible to water the dirt
X Changed option name from Allow Duplicate Damage to Hit Multiple Targets in ItemAction_Attack
X Scythe can now hit multiple targets
X Time System now temporarily stops when warping between scenes
X Item amount did not get saved
X Watered grounds become dry again after a day.
X Added RefreshItem method on Inventory.cs
X Added a IFreezeMovement interface
X Mover now Dispatches information to all listers of IFreezeMovement
X Use item on the inventory can no longer be executed when the character is frozen